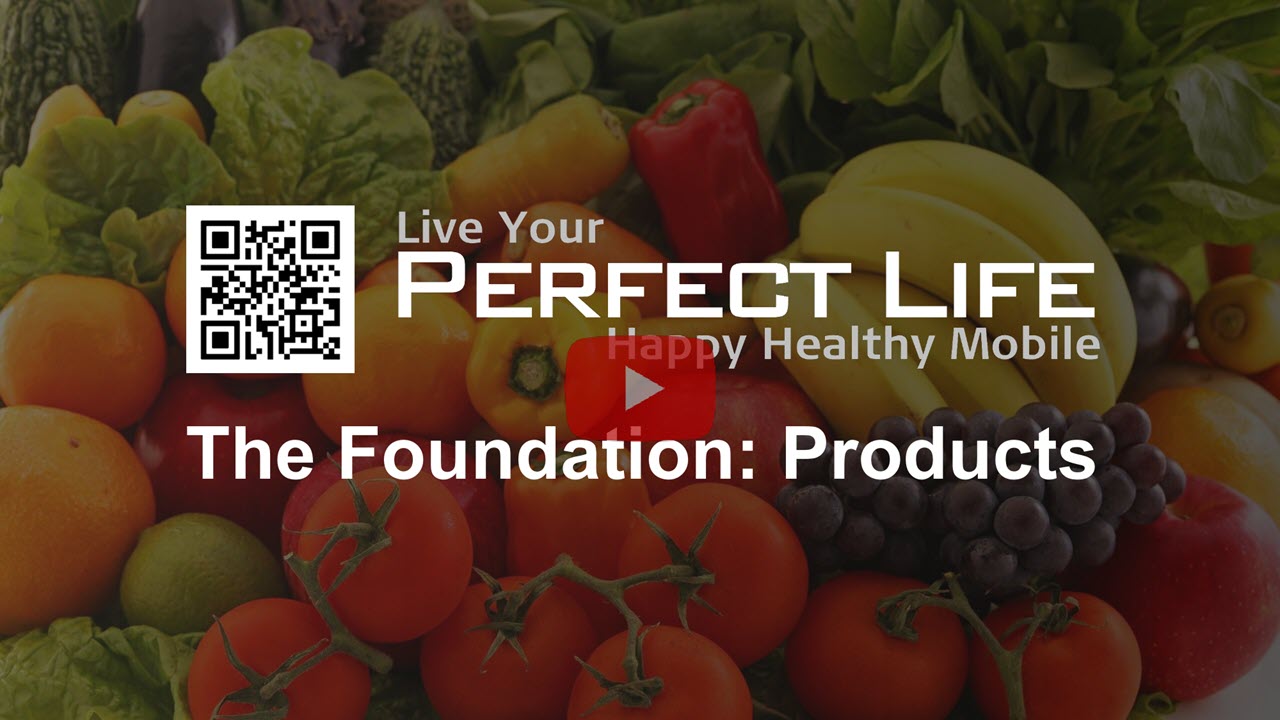 Tell me What you Eat and I Tell you Who you Are.

Ancient Roman Poet Juvenal already knew in 200 AD that a healthy mind may reside in a healthy body. The only body we own and need to rely on for the entire life needs to be taken care of. Let´s face it: the food we take in determines the health we get out. Nutrition is a key element for a healthy and active lifestyle with the ultimate goal of a high overall fitness level - body, mind and soul.

We have to be mindful to use the right fuels and lubricants for our body, at least in the same way we do it with our cars (we don´t question to use fuel grade and engine oil type according to the owner's manual). Unhealthy habits and foods are all around us. It needs our full attention to navigate our health through an increasingly challenging nutrition world with low levels of e.g. vitamins and minerals due to industrial farming an food processing.

We set out to build a platform to support a happy, healthy and mobile lifestyle. The basic idea of “Live Your Perfect Life” is to build a team of likeminded people, to support each other and find a way to thrive and have fun at the same time. We don´t strive for "work and life balance". Our goal is a balanced life with synchronized building blocks.

Hence, it is key to make sure everyone involved feels comfortable and relaxed while we pursue common goals.

Above that there is plenty of information available at no cost on the internet and it takes little effort to retrieve. 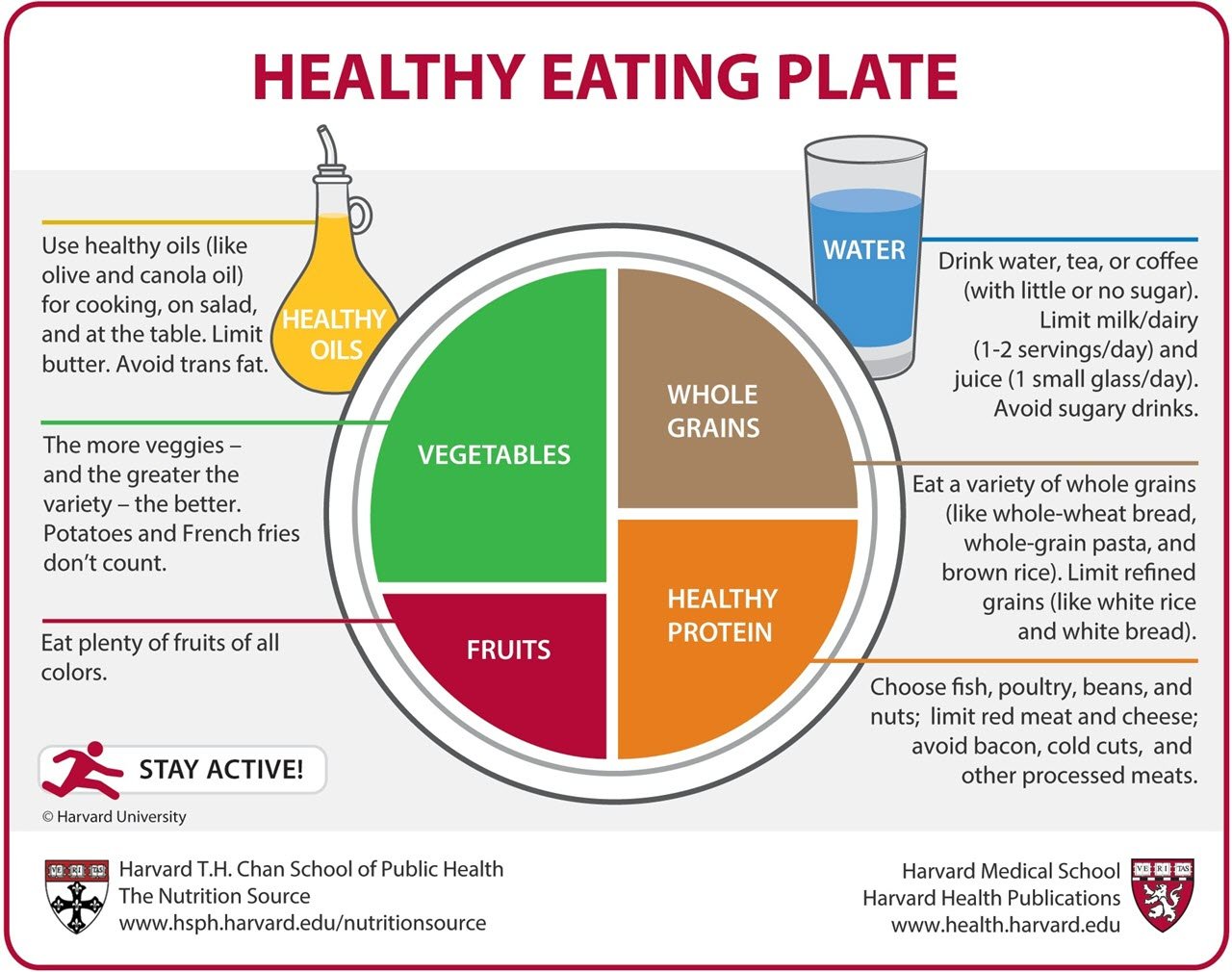 Eating Habits in Combination with Food Quality Are Key For Our Health.

Important: Unhealthy Eating Is Top Risk for Early Death in US!

Studies have been done showing effects of all this unhealthy eating; more of the country becomes obese, the people begin to exercise less; we’ve heard it all. However, what you haven't heard is that it may be partly the fault of all the companies who sell the food. The Guardian published an article explaining that the companies are selling ridiculously unhealthy food because they are worried about business. Quantity over quality. They focus all on the money and selling the food rather than making good quality food for their customers.The average American citizen does not purposely eat greasy, fatty foods every day; it's just what's available to them. It's easy to stop by McDonald's and pick up a Big Mac for a few bucks on your way to work. It's convenient and quick, so people fall into the trap of eating these foods every day, and the companies get more and more business. 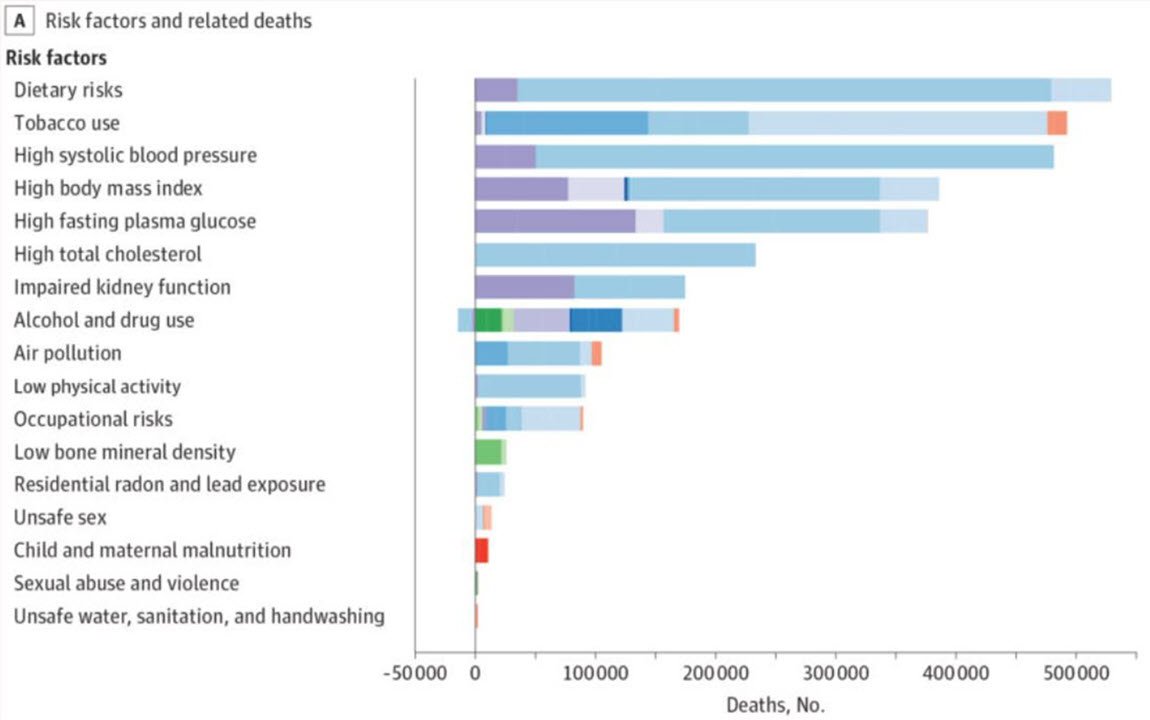 Even if You Try to Eat Healthy: Declining Nutrients in Fruits and Vegetables Reduce the Effect.

When it comes to getting enough nutrients in your diet, one bit of information is pretty clear-cut: everybody should be eating an abundance of different fruits and vegetables every day. Yet according to research, fruits and vegetables are less nutritious than they used to be say 50 years ago. The reason?

A number of studies have explored the phenomenon of declining nutrients in fruits and vegetables, A higher yield of crops, i.e. more crops grown in a given space, almost always results in lower nutrient levels in the fruits and vegetables. What’s more, the median mineral declines among a variety of fruits and vegetables could be fairly significant, ranging from 5 to 40 percent, with similar declines in vitamins and protein levels.

Higher yield is one reason behind the decline, but several nutrition experts say it's not the only one. 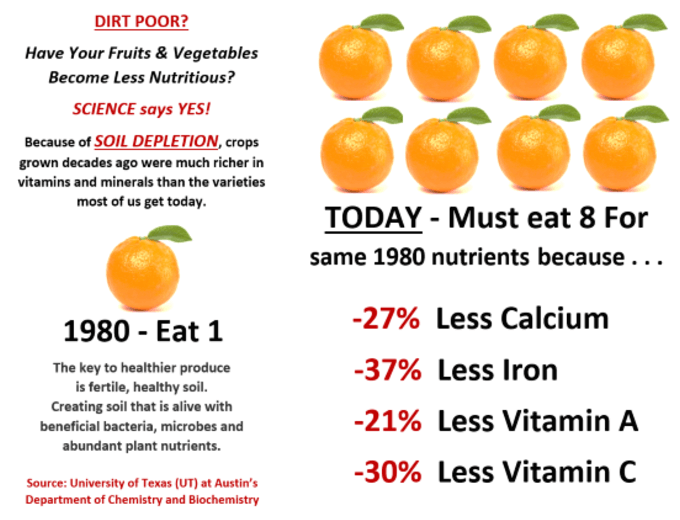 What are the Consequences? One-Half of the Adult Population Have at Least one Preventable Chronic Disease.

Approximately 117 million adults in the United States—one-half of the adult population—have at least one preventable chronic disease. Many of these conditions, including cardiovascular disease, hypertension, type 2 diabetes, and diet-related cancers, are associated with poor food choices and inadequate physical activity. While not as common as heart disease, cancer, and diabetes, other diet- and lifestyle-related health issues, including birth defects, iron-deficiency anemia, and poor bone health, are cause for serious concern. For example, data from 2005 to 2010 show that about 10 million US adults aged 50 and older had osteoporosis, and another 43 million had low bone mass.

One of the prevailing themes is that people eat foods and nutrients in combinations, called patterns, and that the components of those combinations, including vitamins and minerals, can have interactive and potentially cumulative effects on health, including contributing to, or preventing, chronic disease.

A balanced and varied eating pattern contributes to meeting micronutrient needs. However, typical eating patterns in the United States don't align with the dietary guidelines. Just 58% of the population adhere to the eating suggestions in the 2010 DGA. Less than 25% of Americans eat adequate amounts of fruits, vegetables, and dairy. Inadequate intake of fruits, vegetables, whole grains, and fat-free and low-fat dairy foods increases the potential for insufficient intake of several vitamins and minerals. 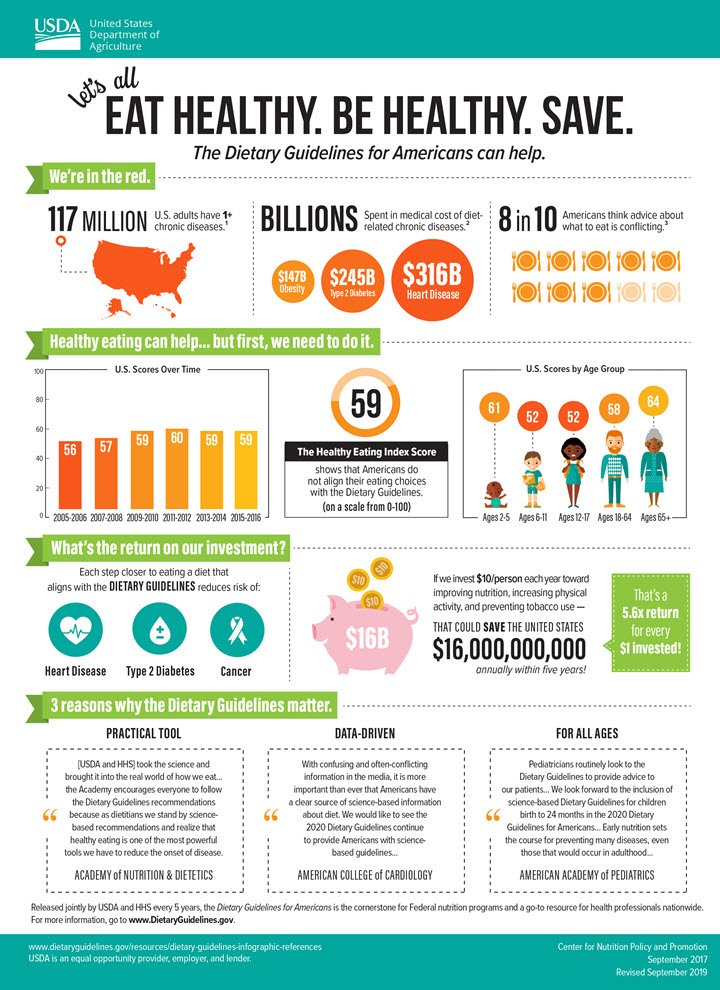 Of course the preferred solution is a balanced diet based on Dietary Guidelines. However, food quality and nutrition content is impossible to control by consumers as e.g. a perfec looking apple at the grocery store does not necessarily provide the expected level.
In order to get more control and avoid nutrition deficiencies nutrition supplements can provide a solution.

Research shows that nutritional inadequacies are less common among those who take multivitamin supplements, not only because of the nutrients they provide but also possibly because users of multivitamins tend to be better educated, more active, and less likely to be smokers - factors that often are associated with eating more nutritious foods and an overall more healthful lifestyle. Data show that men, women, and children who used multivitamin supplements had higher dietary intake of key micronutrients than nonusers. Regular use of supplements resulted in an estimated ≥75% decrease in the proportion of older persons with inadequate micronutrient intakes.

The potential benefits of multivitamin supplements likely outweigh any risk in the general population and may be particularly beneficial for older people. 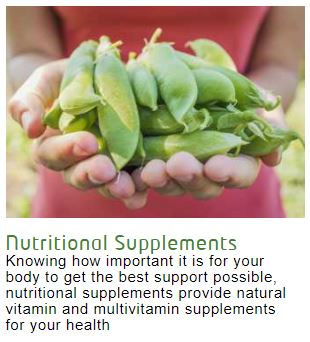 Products for Health and Fitness

Every day our bodies use natural vitamins, minerals and enzymes to produce countless little miracles. So it’s important that our body gets the best support possible - our health & fitness relies on it. Specific products support our nutrition in four areas.

Specific vitamin and mineral supplements for your good health. You’re unique – so it’s good to choose what can work best for you. Products designed to provide specific support to key health functions including eye, heart, joints, brain & skin. 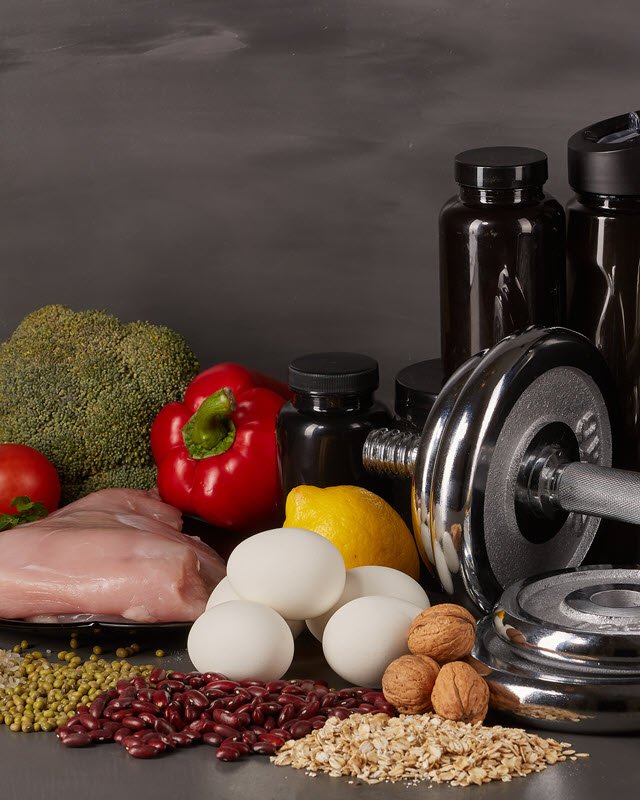 Supplements to help achieve optimum performance. Be – The ultimate range of scientifically advanced sports nutrition performance supplements. Our 3 stage advanced system delivers complex formulations that are simple & easy to use to help you reach your optimum. It's as easy as 1,2,3. Feel the difference

Getting in touch with the Referral Business System for the first time usually leads to a number of questions. We summarized the most freqently asked ones on our FAQ-page for reference. Please click on "FAQ" in the bottom menu.

3 STEPS TO BECOME A CUSTOMER 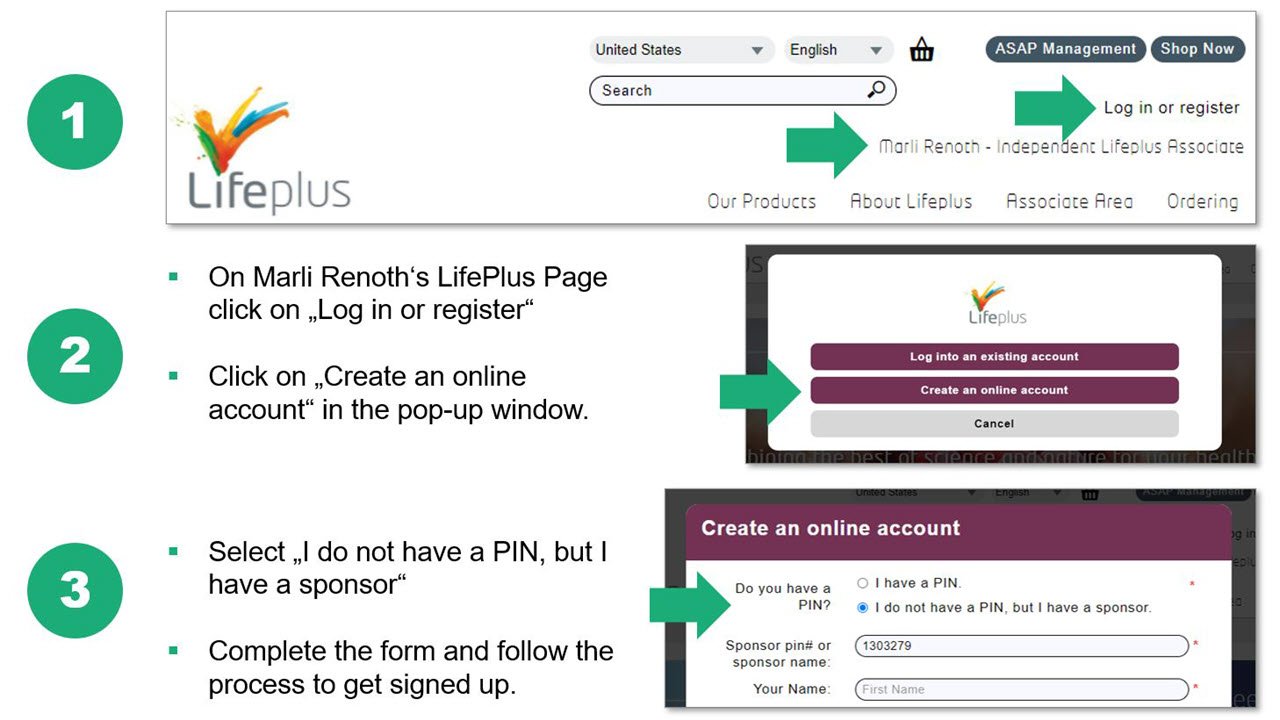 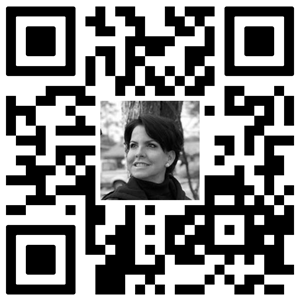